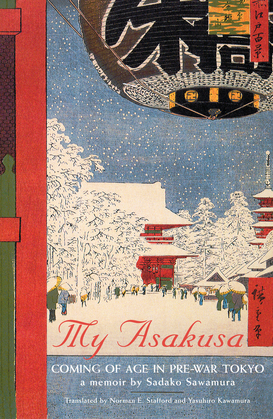 My Asakusa: Coming of Age in Pre-War Tokyo

Recalling Japan at a time of great political turmoil and rapid cultural change, Sawamura shares with us her vignettes of growing up in Asakusa—one of the last of the old downtown Shitamachi neighborhoods of incessantly modernizing Tokyo—and her keen insight into the characters of those who populated her world.

Author Sadako Sawamura (1908-1996) was by turns a diligent youth who worked her way through a private secondary school as a tutor, a radical university scholarship student, a Communist youth league worker, a prisoner of conscience, and a star of Japanese theater, cinema, and television. She was beloved in Japan for her forthright convictions and her rare independence, which she expressed in interviews and essays. She is also the author of Kai-no-Uta (The Song of a Shell), which was subsequently produced as a television play.