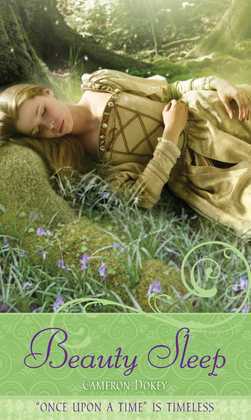 "ONCE UPON A TIME"
IS TIMELESS

The Princess Aurore has had an unusual childhood. Cursed at birth, Aurore is fated to prick her finger at the age of sixteen and sleep for one hundred years -- until a prince awakens her with a kiss. So, to protect her, Aurore's loving parents forbid any task requiring a needle.

Unable to sew or embroider like most little princesses, Aurore instead explores the castle grounds and beyond, where her warmth and generosity soon endear her to the townspeople. their devotion to the spirited princess grows as she does.

On her sixteenth birthday, Aurore learns that the impending curse will harm not only her, but the entire kingdom as well. Unwilling to cause suffering, she will embark on a quest to end the evil magic. The princess's bravery will be rewarded as she finds adventure, enchantment, a handsome prince, and ultimately her destiny