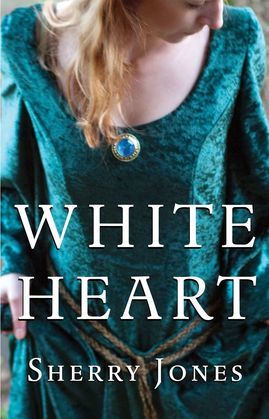 A historical eBook about Blanche, the White Queen of France, the manipulative mother-in-law of Marguerite in Sherry Jones's Four Sisters, All Queens.

A woman's power lies in her beauty. For years, Blanche de Castille, the White Queen of France, has lived by this maxim--passed on by her grandmother, Eléonore d'Aquitaine, as she took the girl to marry King Louis VIII. When her husband dies unexpectedly, however, Blanche finds that beauty is not enough to hold, and command, a kingdom against usurpers eager to wrest the Crown from her woman's grasp. Faced with an English invasion, barons' uprisings, and slanderous rumors, Blanche must look within herself for the strength she needs to guard the throne for her young son. Her bold response shocks the kingdom and shapes her into the formidable, seemingly heartless mother-in-law to Marguerite of Provence, wife of King Louis IX (Saint Louis) and the eldest of the "Four Sisters, All Queens" in Sherry Jones's forthcoming novel.

Includes an excerpt to the upcoming Four Sisters, All Queens, to be published by Gallery Books, May 8, 2012.