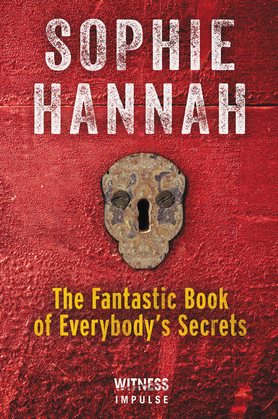 The Fantastic Book of Everybody's Secrets

by Sophie Hannah (Author)
Fiction Thrillers
EPUB
26 Loans, One at a time
Details

Everybody has their secrets.

Who, for instance, is the hooded figure hiding in the bushes outside a young man’s house? Why does the same stranger keep appearing in the background of a family’s holiday photographs? What makes a woman stand mesmerized by two children in a school playground—children she’s never met but whose names she knows well? All will be revealed . . . but at a cost. As Sophie Hannah uncovers the dark obsessions and strange longings behind the most ordinary relationships, life will never seem quite the same again.