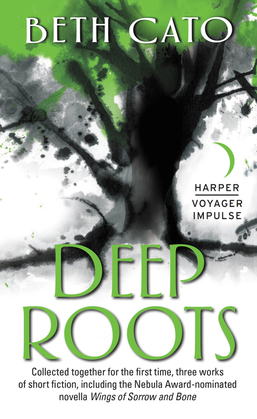 From the author of The Clockwork Dagger and The Clockwork Crown comes a compilation of short works set in the same world: The Deepest Poison, Final Flight, and the Nebula-nominated Wings of Sorrow and Bone.

Octavia Leander, a young healer with incredible powers, has found her place among Miss Percival’s medicians-in-training. Called to the front lines of war, the two women must uncover the source of a devastating illness that is killing thousands of soldiers.

WINGS OF SORROW AND BONE

After being rescued from the slums of Caskentia, Rivka Stout is adjusting to her new life in Tamarania. But when Rivka stumbles into a laboratory run by the powerful Balthazar Cody, she also discovers a sinister plot involving chimera gremlins and the violent Arena game Warriors.

Captain Hue hoped he was rid of his troubles once Octavia Leander and Alonzo Garrett disembarked from his airship, but then the Argus is commandeered by a Clockwork Dagger and forced on a deadly mission. Hue must lead a mutiny that might bring down his own ship…. perhaps for good.