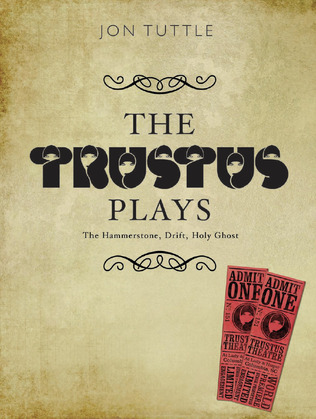 The Trustus Plays is an intriguing collection of three full-length plays by US playwright Jon Tuttle. The Hammerstone (1994) is an academic comedy about two professors aging gracelessly; Drift (1998) is a dark comedy about marriage and divorce, and, Holy Ghost (2005) portrays the plight of German POW's kept in camps in the American South. Each is a winner of the national Trustus Playwrights Festival contest, and each has been produced by the Trustus Theatre, in Columbia, South Carolina.Tuttle's introduction discusses the existential underpinnings of the plays, and Trustus founder and Artistic Director Jim Thigpen provides a preface describing the theatre's dedication to experimental, "edgy" social drama, and how Tuttle's striking work has served that mission.