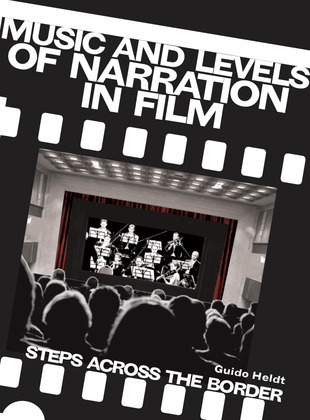 Music and Levels of Narration in Film

This is the first book-length study of the narratology of film music, and an indispensable resource for anyone researching or studying film music or film narratology. It surveys the so far piecemeal discussion of narratological concepts in film music studies, and tries to (cautiously) systematize them, and to expand and refine them with reference to ideas from general narratology and film narratology (including contributions from German-language literature less widely known in Anglophone scholarship). The book goes beyond the current focus of film music studies on the distinction between diegetic and nondiegetic music (music understood to be or not to be part of the storyworld of a film), and takes into account different levels of narration: from the extrafictional to 'focalizations' of subjectivity, and music's many and complex movements between them. The conceptual toolkit proposed in the first part of the book is put to the text in a series of case studies: of numbers in film musicals; of music and sound in horror films; and of music and narrative structures in, among others, films by Sergio Leone, The Truman Show, Breakfast at Tiffany's and Far from Heaven.