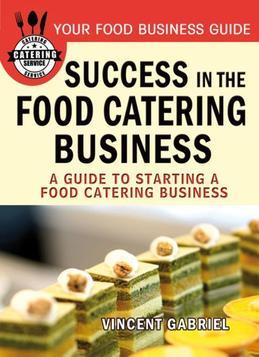 Success In the Food Catering Business

This book marks the fact that food catering has gone mainstream. At one time associated with organizers of seminars and conferences as a means of bonding the attendees of the event or to provide convenience so that each person who attended did not have to look for his own food. The food catering business is very closely connected with the industrial economic development of the Asian economies that underwent transformation in the late 1940's and continues up to today. The food provided at the seminars were arranged in three groups. A coffee break was held in the morning with a range of light snacks that included a major starch like fried rice or fried noodles. The lunch menu was clearly more extensive with a soup, a vegetable dish, a meat dish, a fish dish and a dessert. Care had to be taken to avoid offending anyone. Pork was not allowed nor was beef. The only meat served was chicken and it came in different forms: fried, roasted, boiled, with sweet and sour sauce, or with black pepper sauce or simply hot and spicy. The last meal was the tea break. In a way this meal was a milestone because the people of the Asian economies never had an afternoon break as they were expected to go home at 5 pm and have a meal at home at 6 pm. With the tea break it became a custom to have dinner or the evening meal later at 7 pm.

The food provided at seminars went beyond the training room because it was convenient to have meals provided for, cooked by someone else. The idea that developed was called parties brought to you.

Today sixty years after the introduction of the first seminar catered meal food catering is the norm for people wanting a party at home to celebrate a major feast or a personal milestone event like the birth of a baby or a wedding.

Food catering has also become an event related to hospitality and appreciation. The mourners at a funeral wake are grateful to those who come to pay their respects and food is now catered to provide for these guests.

In this book the author takes the approach that food catering must grow beyond its present roots and move out to become more mainstream in the form of a meal for a social gathering like that around a steamboat.

Food catering has also the responsibility to maintain the health of a community by observing the rules of being:

Food catering becomes a mainstream food by being available and by being healthy.