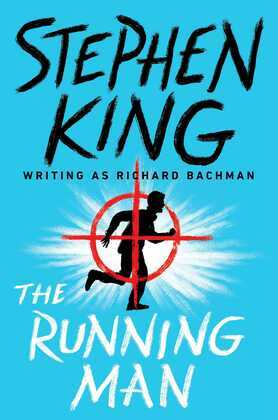 by Stephen King (Author)
Excerpt
Fiction Horror Media tie-in
warning_amber
One or more licenses for this book have been acquired by your organisation details
EPUB
Unlimited loans, 2 years, One at a time
Details

A desperate man attempts to win a reality TV game where the only objective is to stay alive in this #1 national bestseller from Stephen King, writing as Richard Bachman.

It was the ultimate death game in a nightmare future America. The year is 2025 and reality TV has grown to the point where people are willing to wager their lives for a chance at a billion-dollar jackpot. Ben Richards is desperate—he needs money to treat his daughter’s illness. His last chance is entering a game show called The Running Man where the goal is to avoid capture by Hunters who are employed to kill him. Surviving this month-long chase is another issue when everyone else on the planet is watching—and willing to turn him in for the reward.

Each night all Americans tune in to watch. So far, the record for survival is only eight days. Can Ben Richards beat the brutal odds, beat the rigged game, beat the entire savage system? He’s betting his life that he can…

With an introduction by Stephen King on “The Importance of Being Bachman,” The Running Man is a terrifying novel about the eternal fight of good versus evil.