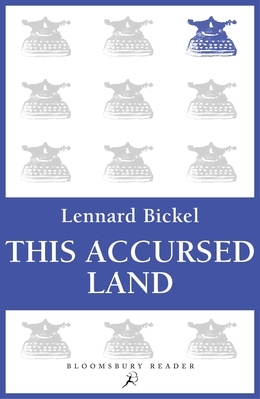 This Accursed Land charts the epic journey of Antarctic survival endured by explorer and geologist Sir Douglas Mawson. On the 10th of November, 1912, Douglas Mawson, Lieutenant Belgrave Ninnis and Xavier Mertz set off from the hut at base camp to undertake geographic research, mapping the coastline and collecting geological samples. Three men with their faithful husky's and very basic equipment faced almost insurmountable odds in the world's most desolate climate. Unearthing hitherto unpublished journals, Lennard Bickels's in depth research creates a devastatingly clear image of the great hardships faced by Mawson and his team. Crevasses opened under their feet, blizzards overwhelmed them and, perhaps most dangerously, malnutrition dogged their heels. After the death of his two companions, Mawson's incredible resilience and determination carried him through what to most would have been certain death. In a period of excitement and heroic exploration, Mawson's story was sadly overshadowed by the tragedy of the Scott expedition, meaning that his great achievements were mostly overlooked by the general public in his lifetime.

First published in 1977, This Accursed Land is a testament to the courage, strength and sacrifice of Mawson and his team.