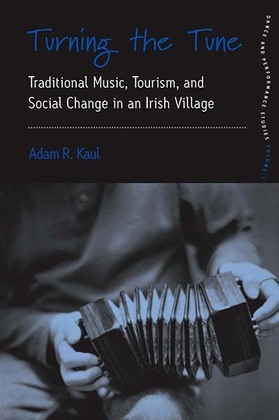 Turning the Tune: Traditional Music, Tourism, and Social Change in an Irish Village

The last century has seen radical social changes in Ireland, which have impacted all aspects of local life but none more so than traditional Irish music, an increasingly important identity marker both in Ireland and abroad. The author focuses on a small village in County Clare, which became a kind of pilgrimage site for those interested in experiencing traditional music. He begins by tracing its historical development from the days prior to the influx of visitors, through a period called "the Revival," in which traditional Irish music was revitalized and transformed, to the modern period, which is dominated by tourism. A large number of incomers, locally known as "blow-ins," have moved to the area, and the traditional Irish music is now largely performed and passed on by them. This fine-grained ethnographic study explores the commercialization of music and culture, the touristic consolidation and consumption of "place," and offers a critique of the trope of "authenticity," all in a setting of dramatic social change in which the movement of people is constant.