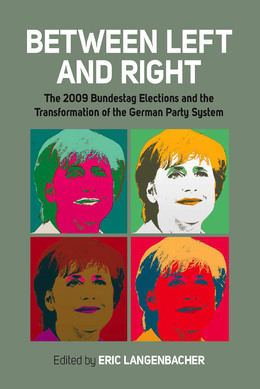 Between Left and Right: The 2009 Bundestag Elections and the Transformation of the German Party System

Germany remains a leader in Europe, as demonstrated by its influential role in the on-going policy challenges in response to the post 2008 financial and economic crises. Rarely does the composition of a national government matter as much as Germany's did following the 2009 Bundestag election. This volume, which brings together established and up-and coming academics from both sides of the Atlantic, delves into the dynamics and consequences surrounding this fateful election: How successful was Chancellor Angela Merkel's leadership of the Grand Coalition and what does her new partnership with the Free Democrats auger? In the face economic crisis, why did German voters empower a center-right market-liberal coalition? Why did the SPD, one of the oldest and most distinguished parties in the world self-destruct and what are the chances that it will recover? The chapters go beyond the contemporary situation and provide deeper analyses of the long-term decline of the catchall parties, structural changes in the party system, electoral behavior, the evolution of perceptions of gender in campaigns, and the use of new social media in German politics.