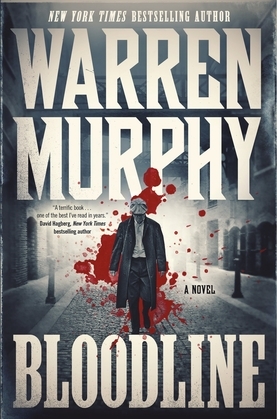 The Falcones are an immigrant family living in New York City in 1920. Their patriarch, Tony, is a respected policeman. His sons, Tommy and Mario, both served in the Great War and are now upstanding citizens-a cop and a priest. But their cousin Nilo has a dark past, and he fled to America after causing several deaths in a fight in Italy.

Nilo soon falls in with Don Maranzano, a Mafia boss who comes from his hometown in Italy. Maranzano grooms Nilo as a "real estate broker," but after a few months, Nilo is offered the chance to do some serious work. He becomes a useful still-wrecker, assassin, and skilled criminal. The papers give him the name "Kid Trouble." Tommy and Mario try to turn a blind eye, but it's hard to hide his underworld affiliations.

As conflicts in the city begin to erupt into a violent war involving gangsters from all parts of the country, Tommy and Mario struggle to stay out of the dark world into which Nilo has dragged the family. But when things take a turn for the worse, the Mafia may be the only place for them to go.