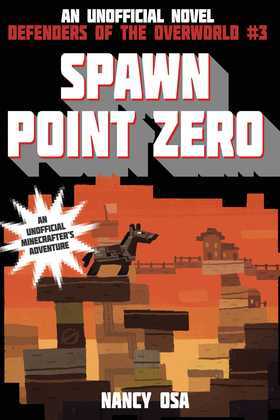 After repeated boundary attacks by Dr. Dirt and Lady Craven, the United Biomes of the Overworld alliance hangs by a thread and must be rebuilt. Captain Rob, Corporal Frida, and the members of Battalion Zero have made it their lives? work to do itbut they?ll have to bring the fight home. With the riches gained from their last encounter with the griefer army, they set out to build and defend a UBO capital. As every player knows, though, life in Survival mode isn?t all sunflowers and roses.

Bat Zero has bought some time for the Overworld by throwing Lady Craven into Creative Mode. Free from the need to battle for every biome border, the indie cavalry turns its efforts toward guarding one stronghold. They must form a standing army, create federal buildings, and gain the support of other villages. Meanwhile, hostile mobs threaten, and the Griefer Imperial Army promises a comebackwith a vengeance. For security, Captain Rob asks his troops to make the ultimate sacrifice: changing their spawn points to the capital city. Will they?

Survivalists Frida and Turner have always kept their spawn points secret. Strategist Jools doesn?t want to dieever again. Adventurer Stormie has changed her spawn point so many times that she can?t remember how she began playing the game. Even the intrepid captain doesn?t want to risk rebirth far from the ocean that brought him into this world . . . or how will he ever get back home? If the troopers won?t agree to transplant, they?ll never be able to respawn at their battle stations with any certainty. Letting go of their origins might be the only way they can continue their quest in this hard-hitting third episode of the Defenders of the Overworld series.

Sky Pony Press, with our Good Books, Racehorse and Arcade imprints, is proud to publish a broad range of books for young readerspicture books for small children, chapter books, books for middle grade readers, and novels for young adults. Our list includes bestsellers for children who love to play Minecraft; stories told with LEGO bricks; books that teach lessons about tolerance, patience, and the environment, and much more. While not every title we publish becomes a New York Times bestseller or a national bestseller, we are committed to books on subjects that are sometimes overlooked and to authors whose work might not otherwise find a home.