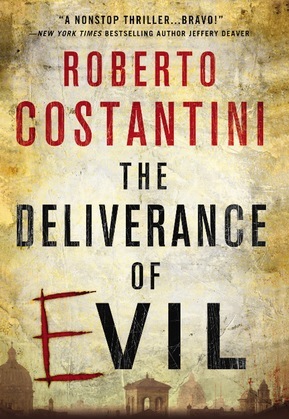 The Deliverance of Evil

Winner of the Scerbanenco Prize for the best Italian crime thriller, The Deliverance of Evil is a masterful psychological thriller about an edgy policeman's personal evolution--or devolution--as seen through the lens of a devilish case that consumed him early in his career and continues to haunt him twenty-four years later.

With excitement over Berlusconi rise to power and Italy in a state of gleeful and frenzied anticipation over the national soccer team's improbable run to the 1982 World Cup, Italians are filled with hopeful feelings. The night before the big match, Elisa Sordi--an attractive eighteen year-old employed by the Vatican--vanishes. The case falls to a young, hedonistic post-Fascist officer named Michele Balistreri. Headstrong and ambivalent about spending his life as a policeman, Balistreri is annoyed to be interrupted during the festivities and takes the case lightly. But when Elisa's tortured corpse surfaces in the Tiber, Balistreri doubts he will ever be able to forgive himself for his inattention. After the man he arrested for the murder is exonerated, and tantalizing links to the Vatican and top right-wing politicians ignored, the case is never solved. Despondent, Michele spirals into drinking and depression.

Twenty-four years later Italy is victorious once again in the World Cup, but the nation has changed. The balloon of optimism from the Eighties has deflated, and the now-gloomy nation suffers under the arrogant and corrupt Berlusconi government. A weak economy and chaotic immigration policies that have inflamed racist sentiments provide a stark contrast to the last time Italy tasted sweet soccer victory. Disturbingly, more lax divorce laws have spawned a trend of "revenge" violence against women who try to assert their independence.

Suddenly Sordi's mother apparently commits suicide, and then a slew of female corpses begin to turn up all with a letter of the alphabet carved into their bodies. The apparent hate behind the murders causes Balistreri to realize that the case that has haunted for twenty-four years may be heating up again, and with a newfound sense of purpose he charges into his work: the opportunity to redeem the darkest part of his past.

The murders continue, and what initially seemed to be the work of a lone psychopath reveals itself to be part of something much bigger and more dangerous. Finally Balistreri realizes that the letters marking each victim are spelling out a chilling message.