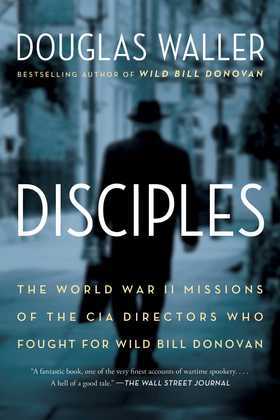 ?A fantastic book, one of the very finest accounts of wartime spookery? (The Wall Street Journal)?a spellbinding adventure story of four secret OSS agents who would all later lead the CIA and their daring espionage and sabotage in wartime Europe from the author of the bestselling Wild Bill Donavan.

They are the most famous and controversial directors the CIA has ever had?Allen Dulles, Richard Helms, William Colby, and William Casey. Before each of these four men became their country?s top spymaster, they fought in World War II as secret warriors for Wild Bill Donovan?s Office of Strategic Services.

Allen Dulles ran the OSS?s most successful spy operation against the Axis. Bill Casey organized dangerous missions to penetrate Nazi Germany. Bill Colby led OSS commando raids behind the lines in occupied France and Norway. Richard Helms mounted risky intelligence programs against the Russians in the ruins of Berlin. Later, they were the most controversial directors the CIA has ever had. Dulles launched the calamitous operation at Cuba?s Bay of Pigs. Helms was convicted of lying to Congress over the CIA?s role in the ousting of President Salvador Allende in Chile. Colby would become a pariah for releasing a report on CIA misdeeds during the 1950s, sixties and early seventies. Casey would nearly bring down the CIA?and Ronald Reagan?s presidency?from a scheme that secretly supplied Nicaragua?s contras with money raked off from the sale of arms to Iran for American hostages in Beirut.

Mining thousands of once-secret World War II documents and interviewing scores, Waller has written a worthy successor to Wild Bill Donovan. ?Entertaining and richly detailed? (The Washington Post), Disciples is the story of these four dynamic agents and their daring espionage and sabotage in wartime Europe.