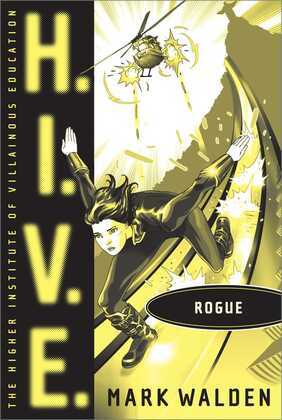 The leaders of the world's villainous forces are being picked off one by one in a series of mysterious attacks and Dr Nero is forced to take temporary control of G.L.O.V.E. when Diabolus Darkdoom is seriously injured. He then discovers that Otto, who has now been missing for several months since Dreadnought, is leading the attacks. Under pressure from the remaining members of the ruling council, Nero is left with no choice but to issue a capture or kill order for Otto. Wing learns of the order and persuades Raven to allow him to join her on her mission to retrieve Otto. Other members of the ruling council, suspicious of Nero's relationship with the boy, have initiated their own missions to eliminate Otto. Wing and Raven find themselves in a deadly race against time to track Otto down before the other G.L.O.V.E. assassins get to him. Their pursuit takes them to a secret facility hidden deep within the Amazon rainforest, where they face a mysterious operative even deadlier than Raven. Meanwhile back at H.I.V.E., the school's own automated defence systems turn against the pupils and staff. And there is no one there to stop it.