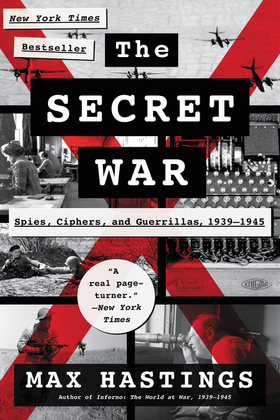 From one of the foremost historians of the period and the acclaimed author of Inferno and Catastrophe: 1914, The Secret War is a sweeping examination of one of the most important yet underexplored aspects of World War II—intelligence—showing how espionage successes and failures by the United States, Britain, Russia, Germany, and Japan influenced the course of the war and its final outcome.

Spies, codes, and guerrillas played unprecedentedly critical roles in the Second World War, exploited by every nation in the struggle to gain secret knowledge of its foes, and to sow havoc behind the fronts. In The Secret War, Max Hastings presents a worldwide cast of characters and some extraordinary sagas of intelligence and resistance, to create a new perspective on the greatest conflict in history.