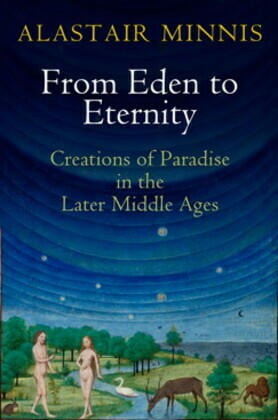 From Eden to Eternity

by Alastair Minnis (Author)
Excerpt
Nonfiction History Medieval Arts Architecture History Medieval
warning_amber
One or more licenses for this book have been acquired by your organisation details
EPUB
Unlimited loans, One at a time
Details

Did Adam and Eve need to eat in Eden in order to live? If so, did human beings urinate and defecate in paradise? And since people had no need for clothing, transportation, or food, what purpose did animals serve? Would carnivorous animals have preyed on other creatures? These were but a few of the questions that plagued medieval scholars for whom the idea of Eden proved an endless source of contemplation. As theologians attempted to reconcile their own experiences with the realities of the prelapsarian paradise, they crafted complex answers that included explanations of God's interaction with creation, the existence of death, and man's dominion over nature.

In From Eden to Eternity, Alastair Minnis examines accounts of the origins of the human body and soul to illustrate the ways in which the schoolmen thought their way back to Eden to discover fundamental truths about humanity. He demonstrates how theologians sought certainty in matters of orthodox Christian thought and also engaged in speculation about matters that, they freely admitted, were not susceptible to firm proof. Moreover, From Eden to Eternity argues that the preoccupation with paradise belonged not only to the schools but to society as a whole, and it traces how lay writers and artists also attempted to interpret the origins of human society. Eden transcended human understanding, yet it afforded an extraordinary amount of creative space to late medieval theologians, painters, and poets as they tried to understand the place that God had deemed worthy of the creature made in His image.