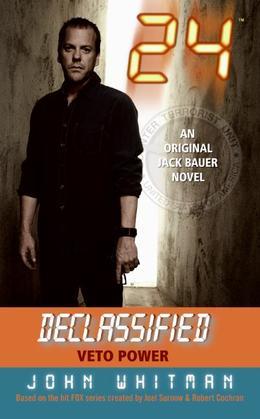 by John Whitman (Author)
Fiction
EPUB
26 Loans, One at a time
Details

The next twenty-four hours will be crucial to America's survival. A determined band of terrorists holds the key to bringing down the government by plunging the country into darkness, fear, and chaos -- a nightmare born not in a distant enemy land . . . but rather in the heart of America itself.

After a mission gone bad, Counter Terrorist Unit operative Jack Bauer is relegated to infiltrating a dangerous homegrown militia group -- and stumbles upon information about an activated sleeper cell of Middle Eastern terrorists on American soil. But the roots of the insidious threat may go deeper than he suspects, firmly planted in the lies and treacheries of powerful government agencies. And without the trust and support of his CTU superiors, Jack may have to rely on the very fanatics he's sworn to destroy . . . or face an earth-shattering catastrophe at the end of the day.