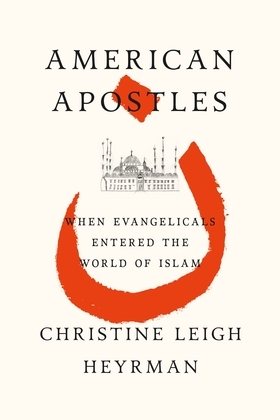 In American Apostles, the Bancroft Prize-winning historian Christine Leigh Heyrman brilliantly chronicles the first fateful collision between American missionaries and the diverse religious cultures of the Levant. Pliny Fisk, Levi Parsons, Jonas King: though virtually unknown today, these three young New Englanders commanded attention across the United States two hundred years ago. Poor boys steeped in the biblical prophecies of evangelical Protestantism, they became the founding members of the Palestine mission and ventured to Ottoman Turkey, Egypt, and Syria, where they sought to expose the falsity of Muhammad's creed and to restore these bastions of Islam to true Christianity. Not only among the first Americans to travel throughout the Middle East, the Palestine missionaries also played a crucial role in shaping their compatriots' understanding of the Muslim world.
As Heyrman shows, the missionaries thrilled their American readers with tales of crossing the Sinai on camel, sailing a canal boat up the Nile, and exploring the ancient city of Jerusalem. But their private journals and letters often tell a story far removed from the tales they spun for home consumption, revealing that their missions did not go according to plan. Instead of converting the Middle East, the members of the Palestine mission themselves experienced unforeseen spiritual challenges as they debated with Muslims, Jews, and Eastern Christians and pursued an elusive Bostonian convert to Islam. As events confounded their expectations, some of the missionaries developed a cosmopolitan curiosity about-even an appreciation of-Islam. But others devised images of Muslims for their American audiences that would both fuel the first wave of Islamophobia in the United States and forge the future character of evangelical Protestantism itself.

American Apostles brings to life evangelicals' first encounters with the Middle East and uncovers their complicated legacy. The Palestine mission held the promise of acquainting Americans with a fuller and more accurate understanding of Islam, but ultimately it bolstered a more militant Christianity, one that became the unofficial creed of the United States over the course of the nineteenth century. The political and religious consequences of that outcome endure to this day.