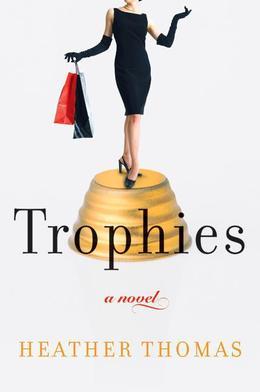 by Heather Thomas (Author)
Fiction
EPUB
26 Loans, One at a time
Details

Marion Zane is the top Trophy—she has it all: a faithful husband, loyal fellow-Trophy girlfriends, queen-bee status over the Hollywood "name-above-the-title" charities, and—best of all—no prenup!

She knows inside information is king, smiles hide jealousy, jackals lure husbands away (or, worse, steal personal assistants), housekeepers have the power to destroy, and that everyone has devastating secrets—including her! It's why she refuses to gossip yet remembers everything.

So why is she so nervous?

Maybe it's because, after years of unchallenged social position, Marion forgets that in L.A., even enemies embrace—especially ones disguised as girlfriends. When she impulsively champions building a much-needed trauma center hospital downtown, Marion breaks the unwritten code by stepping on another Trophy's charity turf. It's a fatal mistake.

Her furious and jealously bitter "girlfriend" joins forces with a powerful mystery partner to destroy Marion. Drugged and framed as unfaithful and insane, she loses her dream life in one lurid, unforgivable humiliation.

Abandoned by her husband, her deepest secrets exposed, Marion is left shattered and literally penniless in paradise. Determined to build the hospital and regain her love, lifestyle, and dermatologist, Marion goes to hilarious lengths to hide her newfound poverty from even her closest friends, living out of her luxury car and using Magic Marker for eyeliner as she raises hospital funding at five-star restaurants.

Fortunately, Marion's loyal, lusty Trophy girlfriends discover her condition through her overwhelmed maid and come to her rescue, employing ferocious manipulation skills, ridiculous logic, and much-needed dermabrasion. Redirecting the same competitive hyperdrive that won the rocks on their fingers, the girls make Marion their new project even as they deal with their own crises.

Still, all the Trophy support in the world might not be able to stop Marion from betraying one of them; then her mystery enemy is revealed and she's given the choice of re-enthronement or vilification. After all, she's a survivor and didn't become Marion Zane by fair play alone.