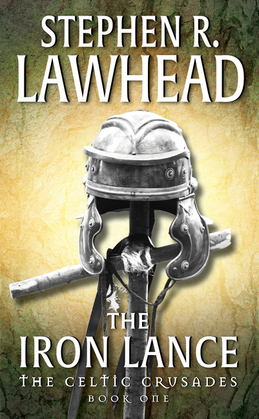 Scotland, 1095. While his father and brothers follow Pope Urban II’s call to win Jerusalem from the infidels, Murdo Ranulfson stays behind to guard his family’s interests. But when his home is confiscated by greedy usurpers, Murdo is forced to follow the Crusades himself. Hoping to find his father and redeem his family’s land, Murdo sets off on a journey that leads him to the Mediterranean—the heart of civilization now threatened by barbarian hordes—and on to the fabled city of Constantinople and beyond, to the Holy Land. Amidst brutality and ambition, Murdo discovers what he seeks—and obtains a relic that will guide him and his descendants for centuries.

Rich in heroism, treachery, and adventure, The Iron Lance begins an epic trilogy of Scottish noble family fighting for its existence and its faith during the age of the Crusades—and of a secret society whose ceremonies will shape history for a millennium.