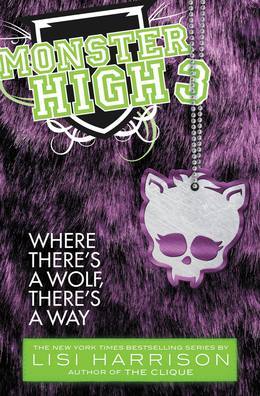 The frighteningly hip teenage children of the world's most famous monsters have gathered together under one roof...to brave the horrors of high school!

Always overshadowed by her six brothers and her fab friends, Clawdeen Wolf plans to finally strut her stuff in the spotlight at her upcoming Sweet Sixteen bash. But after The Ghoul Next Door goes viral, it's into the woods for the family Wolf. Clawdeen goes stir crazy lying low at her family's B&B with her annoying brothers until Lala shows up to keep her company. But is the vamp flirting with Claude?!

Melody wants to help put the smackdown on Bekka's Monster Home Tours, but she's kinda busy trying to find the truth about her past out of her parents, and keep Ms. J from sending Jackson into hiding. Meanwhile Frankie can't believe that Brett betrayed her by exposing all her friends. But unlike some of the RAD parents, Frankie wants to stay in Salem and fight for their rights. Who's with her? ... Hello? Anyone still here?