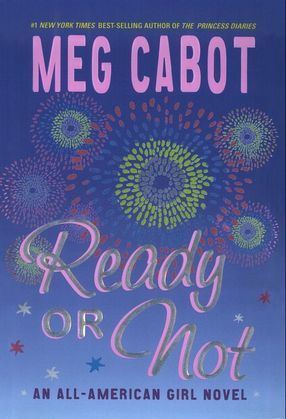 10. Spending Thanksgiving at Camp David
9. With her boyfriend, the president's son
8. Who wants to take things to the Next Level
7. Which Sam inadvertently announces live on MTV
6. While discussing the president's dubious policies on families, morals, and, yes, sex
5. Juggling her new after-school job at Potomac Video
4. Even though she's already the (unpaid) teen ambassador to the UN
3. Getting accosted because she's "the redheaded girl who saved the president's life," despite her new ebony tresses
2. Dealing with her popular sister Lucy, who for once can't get the guy she wants

And the number-one thing Sam isn't ready for?