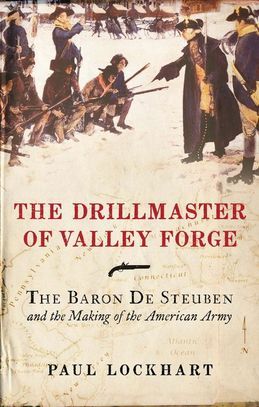 The Drillmaster of Valley Forge: The Baron de Steuben and the Making of the American Army

by Paul Lockhart (Author)
Non-Fiction History
EPUB
26 Loans, One at a time
Details

“A terrific biography….The dramatic story of how the American army that beat the British was forged has never been better told than in this remarkable book.”
—Doris Kearns Goodwin, New York Times bestselling author of Team of Rivals

The true story of the Baron de Steuben and the making of the American Army, The Drillmaster of Valley Forge is the first biography in half a century of the immigrant Prussian soldier who molded George Washington’s ragged, demoralized troops into the fighting force that eventually triumphed in America’s War of Independence. Praised by renowned historian Thomas Fleming as “an important book for anyone interested in the American Revolution,” The Drillmaster of Valley Forge rights a historical wrong by finally giving a forgotten hero his well-deserved due.