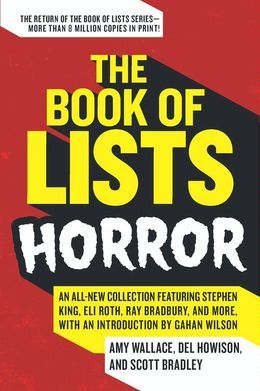 The Book of Lists: Horror

The phenomenally popular Book of Lists series has sold millions of copies from coast to coast, enthralling trivia aficionados with fascinating infobits about simply everything! Now the latest edition turns an evil eye toward the strange, the blood-curdling, and the macabre with spine-tingling fun facts from the dark side of entertainment. Chock-full of creepy information from the netherworlds of movies, TV, literature, video games, comic books, and graphic novels, The Book of Lists: Horror offers a blood-feast of forbidden knowledge that horror fans are hungry to devour, including:

Drawing on its authors' extensive knowledge and contributions from the (living) legends and greatest names in the horror and dark fantasy genres, The Book of Lists: Horror is a scream—an irresistible compendium of all things mysterious, terrifying, and gory . . . and so entertaining, it's scary!