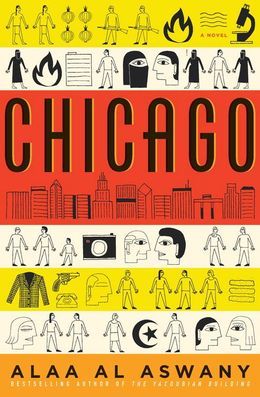 by Alaa Al Aswany (Author)
Fiction
EPUB
26 Loans, One at a time
Details

The author of the highly acclaimed The Yacoubian Building returns with a story of love, sex, friendship, hatred, and ambition set in Chicago, with a cast of American and Arab characters achingly human in their desires and needs.

Egyptian and American lives collide on a college campus in post-9/11 Chicago, and crises of identity abound in this extraordinary and eagerly anticipated new novel from Alaa Al Aswany. Among the players are a sixties-style anti-establishment professor whose relationship with a younger African-American woman becomes a moving target for intolerance; a veiled PhD candidate whose belief in the principles of her traditional upbringing is shaken by her exposure to American society; an émigré whose fervent desire to embrace his American identity is tested when he is faced with the issue of his daughter's "honor"; an Egyptian informant who spouts religious doctrines while hankering after money and power; and a dissident student poet who comes to America to finance his literary aspirations but whose experience in Chicago turns out to be more than he bargained for.

Populated by a cast of intriguing, true-to-life characters, Chicago offers an illuminating portrait of America—a complex, often contradictory land in which triumph and failure, opportunity and oppression, licentiousness and tender love, small dramas and big dreams, coexist. Beautifully rendered, Chicago is a powerfully engrossing novel of culture and individuality from one of the most original voices in contemporary world literature.