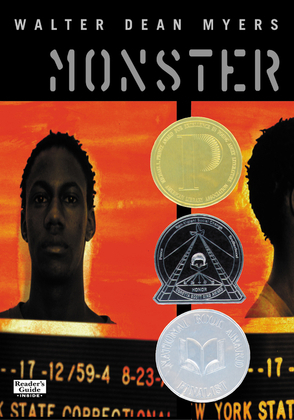 Presented as a screenplay of Steve's own imagination, and peppered with journal entries, the book shows how one single decision can change our whole lives.

Monster is a multi-award-winning, provocative coming-of-age story that was the first-ever Michael L. Printz Award recipient, an ALA Best Book, a Coretta Scott King Honor selection, and a National Book Award finalist.

The late Walter Dean Myers was a National Ambassador for Young People’s Literature, who was known for his commitment to realistically depicting kids from his hometown of Harlem.