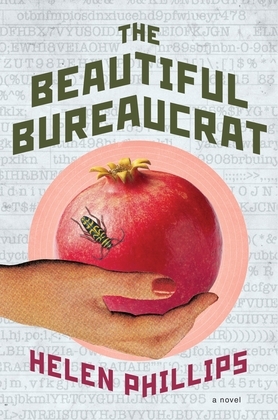 NAMED A BEST BOOK OF THE YEAR by Time Out, Bustle, The Atlantic, Electric Literature, Kobo, Kirkus and more...

NAMED A MUST READ OF THE SUMMER by the Chicago Tribune, Los Angeles Times, Bustle, The Huffington Post, Buzzfeed, HelloGiggles and more...

A young wife's new job pits her against the unfeeling machinations of the universe in a first novel Ursula K. Le Guin hails as "funny, sad, scary, beautiful. I love it."

In a windowless building in a remote part of town, the newly employed Josephine inputs an endless string of numbers into something known only as The Database. After a long period of joblessness, she's not inclined to question her fortune, but as the days inch by and the files stack up, Josephine feels increasingly anxious in her surroundings-the office's scarred pinkish walls take on a living quality, the drone of keyboards echoes eerily down the long halls. When one evening her husband Joseph disappears and then returns, offering no explanation as to his whereabouts, her creeping unease shifts decidedly to dread.

As other strange events build to a crescendo, the haunting truth about Josephine's work begins to take shape in her mind, even as something powerful is gathering its own form within her. She realizes that in order to save those she holds most dear, she must penetrate an institution whose tentacles seem to extend to every corner of the city and beyond. Both chilling and poignant, The Beautiful Bureaucrat is a novel of rare restraint and imagination. With it, Helen Phillips enters the company of Murakami, Bender, and Atwood as she twists the world we know and shows it back to us full of meaning and wonder-luminous and new.