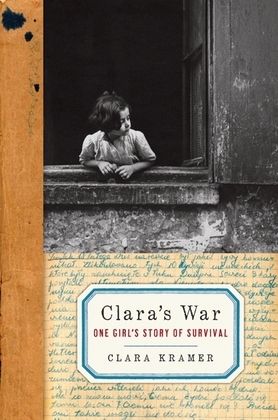 In the classic vein of The Diary of Anne Frank—a heart-wrenching and inspiring story of a life lived in fear and cramped quarters—Clara’s War is a true story of the Holocaust.

Cara Kramer was a typical Polish-Jewish teenager from a small town at the outbreak of the Second World War. When the Germans invaded, Clara's family was taken in by the Becks, a Volksdeutsche (ethnically German) family from their town. Mrs. Beck worked as Clara's family's housekeeper. Mr. Beck was known to be an alcoholic, a womanizer, and a vocal anti-Semite. But on hearing that Jewish families were being led into the woods and shot, Beck sheltered the Kramers and two other Jewish families.

Eighteen people in all lived in a bunker dug out of the Becks' basement. Fifteen-year-old Clara kept a diary during the twenty terrifying months she spent in hiding, writing down details of their unpredictable life—from the house's catching fire to Mr. Beck's affair with Clara's neighbor; from the nightly SS drinking sessions in the room above to the small pleasure of a shared Christmas carp.

Against all odds, Clara lived to tell her story, and her diary is now part of the permanent col-lection of the United States Holocaust Memorial Museum in Washington, D.C.