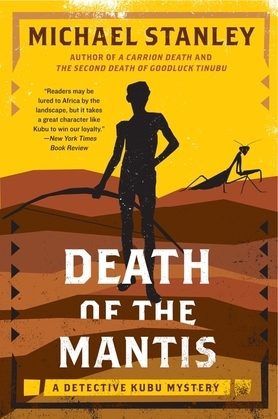 Death of the Mantis: A Detective Kubu Mystery

In the southern Kalahari area of Botswana—an arid landscape of legends that speak of lost cities, hidden wealth, and ancient gods—a fractious ranger named Monzo is found dying from a severe head wound in a dry ravine. Three Bushmen surround the doomed man, but are they his killers or there to help? Detective David “Kubu” Bengu is on the case, an investigation that his old school friend Khumanego claims is motivated by racist antagonism on the part of the local police. But when a second bizarre murder, and then a third, seem to point also to the nomadic tribe, the intrepid Kubu must journey into the depths of the Kalahari to uncover the truth. What he discovers there will test all his powers of detection . . . and his ability to remain alive.