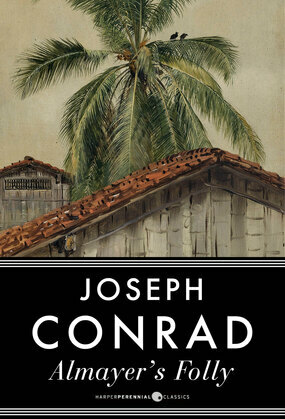 by Joseph Conrad (Author)
Fiction Classics
EPUB
26 loans, One at a time
Details

Almayer, an immigrant living on the Malayan continent with his native wife and his daughter, Nina, dreams of riches, and so pursues hidden gold mines and begins construction on a mansion to impress the British forces that he believes are coming to conquer the region. However, none of Almayer’s schemes come through for him, and his recklessness results in a desperate situation for him and his family.

Almayer’s Folly was Joseph Conrad’s first novel. Though it was not as well-received as some of his later works like Heart of Darkness and Lord Jim, Alamyer’s Folly has since met with critical acclaim for its portrayal of Nina as a strong ethnic female character.