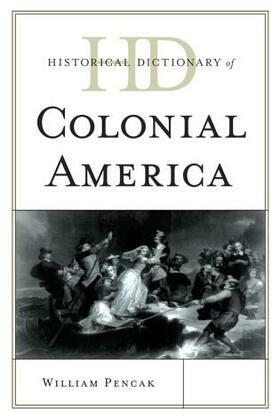 The Historical Dictionary of Colonial America covers America's history from the first settlements to the end and immediate aftermath of the French and Indian War. This is done through a chronology, an introductory essay, appendixes, an extensive bibliography, and over 400 cross-referenced dictionary entries on the various colonies, which were founded and how they became those which declared independence. Religious, political, economic, and family life; important people; warfare; and relations between British, French, Spanish, and Dutch colonies are also among the topics covered. This book is an excellent access point for students, researchers, and anyone wanting to know more about Colonial America.