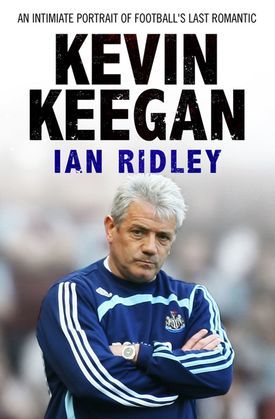 At Liverpool in the early 1970s Kevin Keegan won three First Division titles, two EUFA Cups, two FA Cups and the European Cup. At Hamburg he was crowned Footballer of the Year two years running, won the Bundeslinga title in 1978-79 and reached the European Cup Final. At Southampton he was voted PFA Player of the Year and was awarded an OBE for his services to Association Football. In his debut season with Newcastle United he helped the club to promotion and he captained the England team for six years from 1976-1982.

As a manager his career has been no less newsworthy, although not always for the right reasons. Five heady and successful years at Newcastle from 1992-1997 were followed by more controversial spells with Fulham, England and Manchester City. In 2005, Keegan announced his retirement. Then, in 2008, he made headlines by returning to Newcastle United, the scene of his greatest triumphs -- an announcement which was greeted ecstatically by Newcastle supporters -- and no less sensationally resigned in acrimonious circumstances only nine months later.

A revered sports journalist with unparalleled access to insider exclusives, Ian Ridley is the perfect man for the task of understanding what it is that makes Kevin Keegan tick. Training his brilliantly incisive and penetrating gaze on Keegan, Ridley offers an unprecedented insight into the mind of this most enigmatic of men.