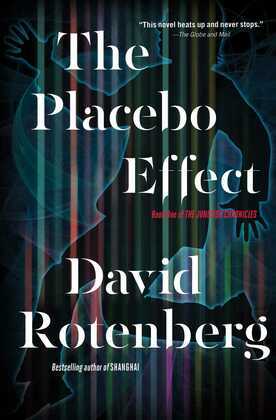 Decker Roberts has the dangerous gift of detecting the truth. For years this talent proved to be a lucrative sideline to his acting teaching. Only his closest friends know, and he keeps his identity secret from the companies that pay him to tell them if the people they are planning to hire are truthful.

But Decker?s carefully compartmentalized life starts to fall apart. His house burns down, his credit cards are cancelled, his bank loan is called and his studio is condemned. He realizes that he must have heard something in one of his truth-telling sessions that someone didn?t want him to know.

Decker has to go on the run and figure out why he?s been targeted. There?s also a government agent hunting him who seems to know absolutely everything about Decker Roberts? identities, real and false?and other people of ?his kind.?

How will Decker find out which truth was endangering his life? Who betrayed him and revealed all his secrets? Decker needs to find answers quickly, before knowing the truth turns from a gift into a deadly curse.