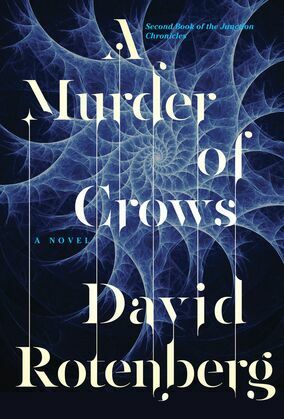 A Murder of Crows

David Rotenberg?s Decker Roberts is back, and he always knows when who?s telling the truth.

Decker Roberts is back, and he always knows when you?re telling the truth.

David Rotenberg first introduced Decker Roberts and his unique gifts in the critically acclaimed thriller The Placebo Effect. Since Decker?s last run-in with the NSA, he?s been trying to remain off the radar, searching for his estranged son, Seth. Decker?s synaesthetic abilities, once a lucrative gift, are increasingly becoming a liability.

When a vicious attack wipes out the best and brightest of America?s young minds, devastating the country?s future, Decker is forced to step out of the shadows and help track down the killer. And as the hunt brings him in contact with other people of ?his kind,? Decker begins to realize that there may be depths to his gifts that he had never even imagined.

Meanwhile, several parties are secretly tracking the progress of Decker?s son, trying to determine if Seth has the same powerful gift as his father. Decker is determined to go to any lengths to find his son, but along the way he will have to face down enemies, both old and new, as well as struggle with whether Seth even wants to be found.

David Rotenberg?s thrilling sequel to The Placebo Effect is full of suspense and will challenge what you think you know about people who have special ?gifts.? From rural Africa to downtown Toronto, the paths of Rotenberg?s colourful characters intertwine as they move toward a conclusion that none of them can see coming.