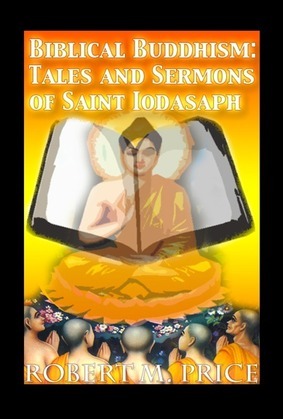 Medieval Churchmen heard the legend of Prince Siddhartha (the "Bodhisattva," or "Buddha-to-be") renouncing his wealth and seeking salvation as a monk, but they mistook it for the history of some Christian monk named "Iodasaph" (a corruption of "Bodhisattva"). Iodasaph was canonized as an official saint. The ironic result was that Gautama Buddha is a Roman Catholic saint!

What if such a remarkable religious hybrid actually lived? The brief pieces collected in this book depict what he might have taught, proclaiming Buddhism from the Bible! Amazingly, it turns out not to be much of a stretch! Saint Iodasaph will have you reading familiar texts with new (third?) eyes!

These vignettes originally appeared in The Christian*New Age Quarterly. One reader asked if they were genuine channeled revelations! That's high praise.