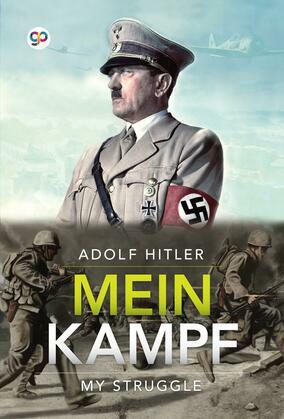 Adolf Hitler wrote this book when he was in prison for his political activities. During that time, Germany had been weakened by the Treaty of Versailles, and France had seized several parts of Germany. France was also encouraging separatist movements in the Rhineland and in Bavaria.

After the First World War, the social and economic conditions in Germany were also deteriorating. In this scenario, many Germans were beginning to feel angry and resentful of the way their country had been treated by the Treaty of Versailles. Unrest was beginning to build up, and many political movements were springing up with dreams of reclaiming Germany's lost power and status.

Hitler was part of the political movement that stood for the unity of the German nation and opposed the separatist movements. Hitler and his associates were arrested when they went on a march of protest He was imprisoned in the Fort of Landsberg. This was the time when Hitler started writing Mein Kampf (My Struggle), which, more than an autobiography, was a declaration of his visions and plans for reclaiming the glory of the German nation.

It contains stories from his childhood, the events and situations that influenced his ideologies, and his prejudices. It explains his visions for German expansion through Europe, the Unification of Germany and Austria, and his assertion of the superiority of the 'Aryan' Race. The book contains the seeds of the Nazi vision for the mass extermination of the Jewish people.

Mein Kampf is the story of his life and a political manifesto that contains the beginnings of the ideas that resulted in all the atrocities committed by the Nazi party.

The book is considered historically important for various reasons. One of them is to analyze and understand how a single man was able to convince a whole nation to follow his ideas, good or bad. A study of the factors that made people follow him on a path that led to a Second World War.

Adolf Hitler was the Austrian born leader of the Nazi Party in Germany. He was born in 1889 in Austria. He was a decorated veteran of the First World War.

He joined the German Workers Party and rose through its ranks. He gained a huge following in the country with his Pan German vision and his racist, anti-Semitic, and anti-Marxist views. It was a period of social, economic, and political unrest and people were willing to follow Hitler as he promised deliverance. When he became the Chancellor in 1933, he transformed the democratic Weimar Republic into a single party dictatorship governed by the Nazi Party, and declared himself the Fuhrer (Ruler) of the Third Reich.