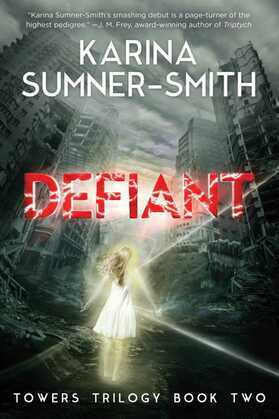 Once, Xhea's wants were simple: enough to eat, safety in the underground, and the hit of bright payment to transform her gray-cast world into color. But in the aftermath of her rescue of the Radiant ghost Shai, she realizes the life she had known is gone forever.

In the two months since her fall from the City, Xhea has hidden in skyscraper Edren, sheltered and attempting to heal. But soon even she must face the troubling truth that she might never walk again. Shai, ever faithful, has stayed by her sidebut the ghost's very presence has sent untold fortunes into Edren's coffers and dangerously unbalanced the Lower City's political balance.

War is brewing. Beyond Edren's walls, the other skyscrapers have heard tell of the Radiant ghost and the power she holds; rumors, too, speak of the girl who sees ghosts who might be the key to controlling that power. Soon, assassins stalk the skyscrapers' darkened corridors while armies gather in the streets. But Shai's magic is not the only prizenor the only power that could change everything. At last, Xhea begins to learn of her strange dark magic, and why even whispers of its presence are enough to make the Lower City elite tremble in fear.

Together, Xhea and Shai may have the power to stop a waror become a weapon great enough to bring the City to its knees. That is, if the magic doesn't destroy them first.