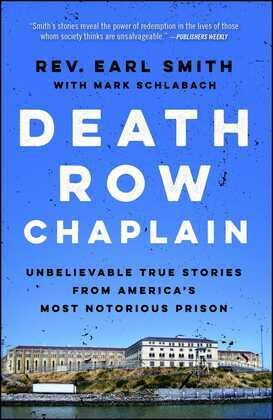 From a former criminal and now chaplain for the San Francisco 49ers and the Golden State Warriors, comes a riveting, behind-the-bars look at one of America’s most feared prisons: San Quentin. Reverend Earl Smith shares the most important lessons he’s learned from years of helping inmates discover God’s plan for them.

In 1983, twenty-seven-year-old Earl Smith arrived at San Quentin just like everyone thought he would. Labeled as a gang member and criminal from a young age, Smith was expected to do some time, but after a brush with death during a botched drug deal, Smith?s soul was saved and his life path was altered forever.

From that moment on, Smith knew God had an unusual mission for him, and he became the minister to the lost souls sitting on death row. For twenty-three years, Smith played chess with Charles Manson, witnessed twelve executions, and negotiated truces between rival gangs. But most importantly, Smith helped the prisoners of San Quentin find redemption, hope, and understand that it is still possible to find God?s grace and mercy from behind bars.

Edgy, insightful, and thought provoking, Death Row Chaplain teaches us that God?s grace can reach anyone?even the most desperate and lost?and that it?s never too late to turn our lives around.