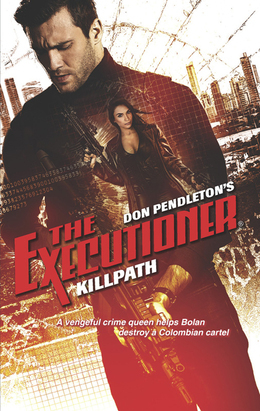 A powerful Colombian cartel goes too far when they torture and kill a DEA agent. Tasked with dismantling their operation and taking out their leader, Mack Bolan heads to Cali with an unlikely ally–a convicted murderer known as the Witch. The former cocaine dealer has an axe to grind with the cartel's kingpin, and she's willing to go along with Bolan's plan as long as they avenge her sons' deaths in the process.

But sending the woman in as bait works too well. Outnumbered and outgunned, the two will need more than their combat skills to dodge the bullets. If they're going to survive this Colombian street war, they'll have to trust each other and work as a team, even when it seems the end is near. The cartel may fear the Witch's revenge, but the Executioner will make them dread justice.