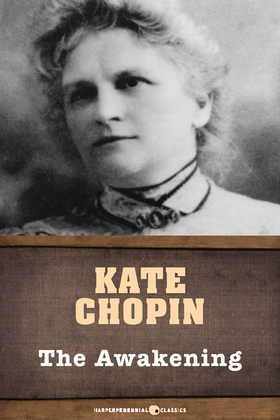 by Kate Chopin (Author)
Fiction Classics
EPUB
26 Loans, One at a time
Details

Edna Pontellier is a wife, a mother, and a member of the Presbyterian Church, but has never felt comfortable being defined by any of these roles. Edna yearns for freedom, independence, and self-fulfillment—all of which seem antithetical to the life she has fallen into. When she departs to Grand Isle with her husband and children for a vacation, Edna’s quiet dissatisfaction becomes more problematic, as she gets a glimpse of what life free from obligation and social constraints could be like.

The Awakening is one of the earliest examples of feminism in literature, and the book’s criticism of acceptable female social roles and emphasis on women’s sexuality caused it to be received with a mixture of praise and criticism. Set in Louisiana, The Awakening is also an early example of Southern literature, a category which would later be made popular by authors like William Faulkner and Tennessee Williams.