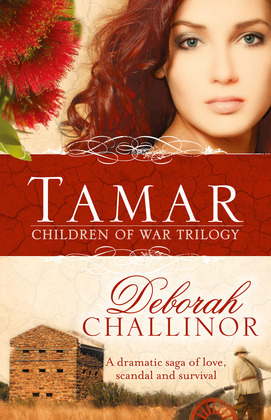 by Deborah Challinor (Author)
EPUB
26 Loans, One at a time
Details

A dramatic saga of love, scandal and survival. When Tamar Deane is orphaned at 17 in a small Cornish village, she seizes her one chance for a new life and emigrates to New Zealand. Alone and frightened on the Plymouth quay she is befriended by an extraordinary woman. Myrna Mactaggart is also travelling to Auckland, with plans to establish the finest brothel in the Southern Hemisphere. Myrna's friendship is unconventional to say the least, but proves invaluable when tamar makes some disastrous choices in the new colony. Tamar is the first in a sweeping family saga covering several generations and encompassing the Boer War and the First and Second World Wars. Deborah Challinor successfully brings colonial New Zealand's complex social and racial interactions alive through a tight and exciting plot with compelling characters and a strong, dramatic story which will delight fans of this genre.