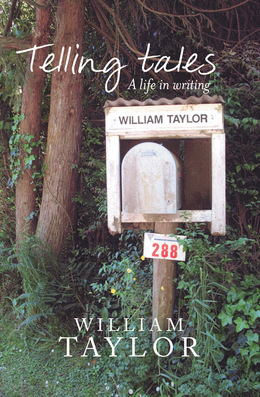 by William Taylor (Author)
EPUB
26 loans, One at a time
Details

Memoirs of a leading children's author In his warm, witty and erudite memoir, William taylor writes about life as an author and teacher in rural New Zealand, raising two young sons as a solo father. Always a character, from 1960 to 1986 he taught in Central and the Lower North Island, usually in single or two-teacher schools. After his first book Burnt carrots don't have legs, a comic look at rural teaching, he wrote six adult novels. Principal of Ohakune Intermediate School from 1979-1986, and Mayor of Ohakune 1981-1988, his hilarious account of the unveiling of the Ohakune carrot is counterbalanced by the experiences of a gay man in public life during the passing of the Homosexual Law Reform Bill, which saw him chair rowdy public meetings with farmers and Christian fundamentalists. In 1986 he retired to write fulltime and for 15 years produced one or two books a year. His works have been adapted for television and the theatre, and some have been continously in print in the US for over twenty years. He has won the Choysa Bursary, writing fellowships to Palmerston North College of Education and the University of Iowa, numerous writing awards and an OBE for services to children's literature. Following major heart surgery in 1994 William taylor has lived quietly at Raurimu, and his delightfully self-deprecating memoir is destined to become a classic for all lovers of children's literature and good writing.