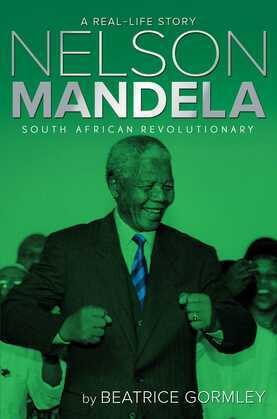 Get a behind-the-scenes glimpse of what it takes to change the world in this comprehensive biography that tells the complete life story of internationally renowned peacemaker Nelson Mandela.

Civil rights activist. World leader. Philanthropist. Writer. Throughout his life, Nelson Mandela took on many roles, all in the pursuit of peace. Born in 1918 in South Africa, he grew up in a culture of government-enforced racism and became involved in the anti-apartheid movement at a young age. Deeply committed to nonviolent activism, Mandela directed a peaceful campaign against the racist policies of his South African government, and spent twenty-seven years in prison as a result. In the years following his emergence as a free man, he continued his efforts to dismantle the country?s apartheid system and was awarded the Nobel Peace Prize alongside South African President F.W. de Klerk. In 1994 he was inaugurated as South Africa?s first black president and served until his retirement from active politics in 1999 at the age of eighty-one. He continued to promote global peace until his death in 2013, and his legacy lives on.

From Nelson Mandela?s childhood to his monumental impact on race relations and nonviolent activism, this comprehensive biography shares the truth about the man behind the iconic smile: his struggles, his triumphs, and the sacrifices he made along the way.