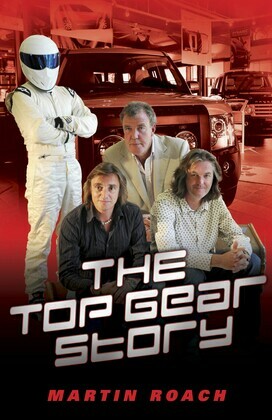 From humble beginnings as a 1970s motoring show, Top Gear has achieved world domination. This is the incredible inside story of the programme that has become unmissable viewing for millions of petrolheads. Reaching a peak in the 1990s thanks to presenter Jeremy Clarkson, the original series then faced the axe in 2001 – but Clarkson and producer Andy Wilman successfully pitched a new format to BBC bosses and Top Gear returned to become the irreverent, funny and often controversial show we now know and love. The addition of co-presenters Richard Hammond and James May completed the Top Gear dream team and ratings soared as viewers tuned in to see the latest Star in a Reasonably Priced Car, arguments over the Cool Wall and Power Laps by the mysterious Stig. Recent series have been defined by their madcap challenges, including the most shocking moment in 2006, when Hammond suffered serious head injuries while driving a Vampire turbojet drag racing car at over 300mph. Top Gear has long attracted criticism for its dangerous stunts and the presenters’ controversial opinions, but thankfully ‘the Hamster’ made a full recovery and Top Gear has continued to pull in massive audiences across the world.