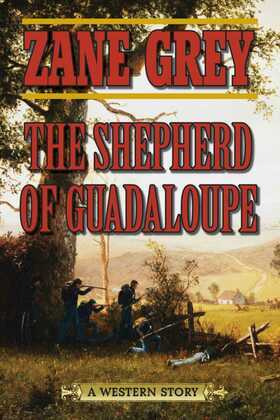 The Shepherd of Guadaloupe

A soldier returns home to find his parents displaced and their property stolen in this classic Western.

He leaned propped against the rail of the great ship, in an obscure place aft, shadowed by the life-boats. It was the second night out of Cherbourg and the first time for him to be on deck. The ridged and waved Atlantic, but for its turbulence, looked like the desert undulating away to the uneven horizon. The roar of the wind in the rigging bore faint resemblance to the wind in the cottonwoods at homea sound that had haunted him for all the long years of his absence. There was the same mystery in the black hollows of the sea as from boyhood he had seen and feared in the gloomy gulches of the foothills.?

So begins Zane Grey?s The Shepherd of Guadaloupe. After surviving the brutality of the First World War, Clifton Forrest returns home to find that his childhood home was stolen from his family. With his parents robbed of their property and the area under the firm control of his old acquaintance, Lundeen, Cliff must fight both his enemy and his ailing body to regain the right to a peaceful life on the land he once called home. The Shepherd of Guadaloupe tells Cliff?s heroic journey as he battles Lundeen while juggling his love for his parents and the love of Lundeen?s daughter, Virginia.