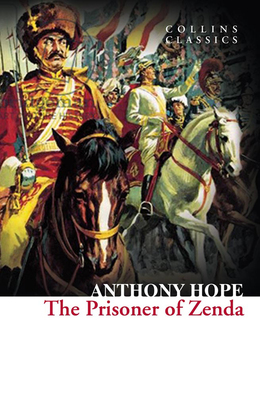 The Prisoner of Zenda (Collins Classics)

by Anthony Hope (Author)
Fiction Classics
EPUB
26 Loans, One at a time
Details

HarperCollins is proud to present its incredible range of best-loved, essential classics.

Set in the fictional country of Ruritania, The Prisoner of Zenda tells the story of Rudolf Rassendyll, identical cousin to King Rudolf of Ruritania, who must stand in for the king at his coronation when a plot to steal the crown leaves the king drugged and unable to attend. Rudolf must foil the plans of the king’s brother, Prince Michael, and when the king is kidnapped and taken to a castle in Zenda, Rudolf must overcome the plots of the prince’s mistress and his henchman in order to rescue him.

Anthony Hope’s swashbuckling adventure is held up as his greatest work of fiction and sparked its own genre, Ruritanian romance, named after the fictional country in which the story is set.