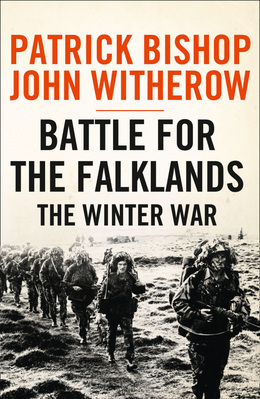 Battle for the Falklands: The Winter War

‘Boldly planned, bravely executed and brilliantly accomplished’ was Margaret Thatcher’s assessment of the Falklands campaign. But what did the war mean to the men in the trenches and below decks?

This gripping first-hand account of the Falklands War, written by bestselling military historian Patrick Bishop and Sunday Times Editor John Witherow, reveals the true experiences of the British soldiers and seamen on the front line. The authors, then rookie reporters, lived alongside the fighting men, experiencing the daily realities of a British task force that was hugely outnumbered on a barren island 8,000 miles from home. The Falklands: The Winter War looks at the covert role of the SAS and the heroic death of Colonel ‘H’ Jones at Goose Green, and considers just how close Britain came to defeat.

This is an extraordinarily frank and unsparing account of a military campaign that has held a defining place within the British national conscience since victory in 1982.